Welcome to another installment of Musical Monday! Every Monday I will feature a book and the music that inspired it! This is an awesome opportunity to showcase your book and also inspire other writers looking for new music. In case you missed it, last week's post can be found here.

This week I was lucky enough to feature the incredible author Rachel O'Laughlin! 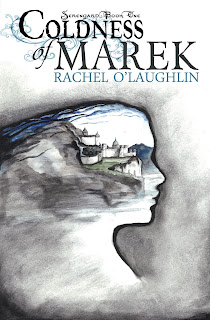 Book blurb: Serengard has been under Orion rule for centuries — centuries of insufferable adherence to laws and traditions that its people no longer believe in. Raised by her scholarly grandfather in the fiery southern city of Neroi, Trzl is dedicated to turning the monarchy into a free society where knowledge is king and no one has to be subject to the whims of an Orion.

As the rebellion escalates, her choices have an eerie impact on the revolution at large, elevating her to a position of influence she has only dreamed of attaining. But there are downsides to her new power that entangle her in a dangerous web of emotions, appearances and alliances. Even as she plays to the attractions of Hodran, a rich nobleman who wants to aid her cause, she is drawn to Mikel, a loyalist farmer who hates the rebellion but just might be winning her heart.

By the time Trzl realizes she is in too deep, she has an infant son and a dark mess of betrayal and lies. She runs to the furthest corner of the kingdom in hopes that she will be left alone with her child, but she has created too many demons. A figure she once trusted will take her captive in the chilling Cliffs of Marek, throw her back into the political upheaval she helped create, and leave her at the mercy of a man she never wanted for an enemy.

Find this playlist also at Grooveshark

Why Rachel Chose These Songs for her Playlist


Dreams by The Cranberries
This song is perfect for the opening -- the excitement, the anticipation, the tension of organizing a rebellion to take over Serengard. Trzl meets Mikel while she is in the midst of plotting treachery against the Orion monarchy... whom he just happens to be loyal to. So the feelings she has for him are scary. Especially because the rich and powerful rebel, Hodran, is in the picture, and he's the obvious choice for her.

Head Over Heels by Switchfoot
This is what Mikel feels for Trzl at first. She's different than any girl he knows. She's ambitious and conniving, maybe even a little sinister to his tame sensibilities. He's hooked, but he has to convince her to love him back. And he's pretty bad at it.

Two Points for Honesty by Guster
This is where things start going sideways. They're both selfishly trying to change the other to fit their own lives, and it's not going to work. At the same time, the rebellion is growing in the city and things are starting to turn bloody and ugly.

The Diary of Jane
Mikel has never been in love, but life has always been black and white to him, and he doesn't know how to deal with Trzl's inverted world. The city is about to explode and she is afraid he'll be killed in the uprising. He's stubborn and he won't defect to her side.

Stand by Jewel
Mikel wants Trzl to admit there are evils to her cause, but she sees the people he is loyal to as far worse. They're at an impasse. If she could shout something at him right now, it would be the words to this song.

The Hardest Part by Coldplay
The rebels finally envelop the city in a riot and start a war. People die, everything stings, hurts, and is overall crappy.

This is How You Remind Me by Nickelback
Apologize by Timbaland
These two songs convey the mood at the midpoint of the novel when Lord Marek takes Trzl captive in the Cliffs. Ten years have passed. The two of them are opposing forces who have both been washed up on the shores of a conflict that didn't go as planned. And neither one is willing to forgive the past. At all.

Paper Tiger by Rosi Golan
This is how Trzl views Marek right now. A little flippantly. She's not really afraid of him, but she's not sure what's going on, either. She does her best to play him and maintain the upper hand.

Never Let Me Go by Florence & The Machine
This is what Trzl's life has been for the past six years. The only person she loves is her son, Malcom, and now his life is being threatened. She's let fear and denial push her to this point where she doesn't really feel anything. Now she's tossed into something that should scare the hell out of her, but it's slowly freeing her.

Another Round by Enter the Haggis
One song to give a moment of screen time to Colstadt. He's a sweetheart, utterly unafraid of danger, and everyone loves him.

Begin You by Kate York
This is it for her. She's in deep. I can't tell you about this scene because SPOILERS.

Fall Away by The Fray
(I freaking love The Fray. You have no idea how hard it was to only include one of their songs.) This song says something that each character in the novel needs. They're all running from something or someone. Marek has kind of made himself the keeper of their troubles... Something Trzl finally realizes and lets him do for her, too.

God's Gonna Cut You Down by Johnny Cash
The lyrics don't line up exactly, but this is Gernan's theme song, and is also the overall mood when Marek finally challenges the jerk that hurt Trzl. It's retribution time.

Everybody by Keith Urban
This is undeniably the theme song of Trzl and Marek's relationship. It's bittersweet...and open-ended. 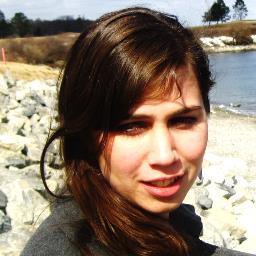 Obsessed with all things history, Rachel O'Laughlin grew up writing adventure stories and only recently fell in love with fantasy as a genre. She lives in New England with her husband and children, grows roses and tweets often. She adores lattes, The Fray, long drives in the country, and any dark story with a good twist.

Posted by Jolene Louise at 7:42 AM

I'm part of the YA Stands team! 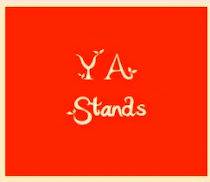